Random fill pattern? Here’s a polygon with such a fill. These are useful if, say, we want to represent an area of intermittent water.

A typical way to achieve this effect would be to generate a random fill texture and use a pattern fill. This is less computationally intensive to render, however QGIS cannot render a texture fill as a vector even in vector output formats, which means all vector fills will be rasterised. If that means nothing to you, don’t worry.

For the points that remain after clipping, we can optionally add an amount of randomness to the X,Y value of each grid intersection between zero and the size of a grid element. With no randomness, of course we see the grid pattern. 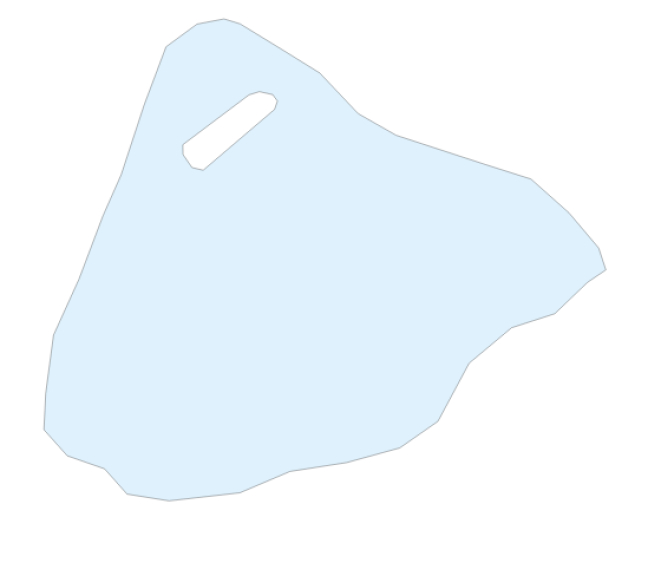 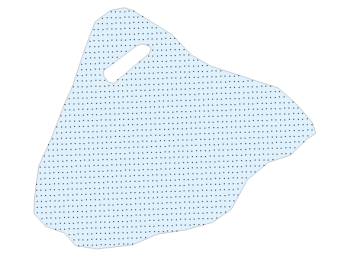 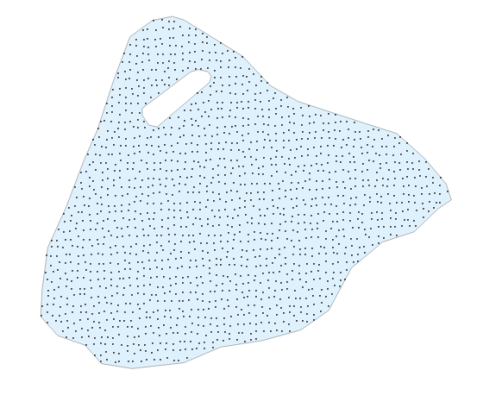 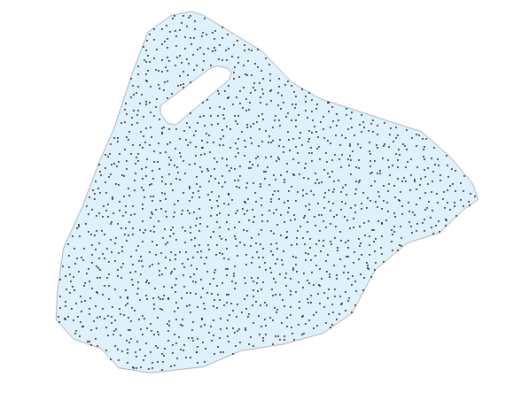 The QGIS geometry generator comes in useful here as it can be fed the geometry of a feature, in this case a Polygon, that is fed to a PyQGIS script that returns a multipoint geometry which is then symbolised.

Finally, in the symbology options for the layer, select ‘Geometry Generator’ as the fill for the layer, and call the Python function with values for X/Y intervals and the proportion (0-1) of randomness to add.

Note that the multipoint geometry returned is: independent of the zoom level, uses the units of the source layer. The eagle eyed may have noticed that in the screenshots above that a projection appears to have been applied. Indeed it has. The source layer uses WGS-84 (degrees), but was projected to Transverse Mercator (metres) for rendering.

Also, the fill is not cached. All redraws will trigger a re-calculation of the fill pattern, which is rather inefficient.

Tackling scale and CRS dependence are topics for a later post.

Edit: 07 Oct 19 – Updated code to use QgsPointXY and edited for clarity.